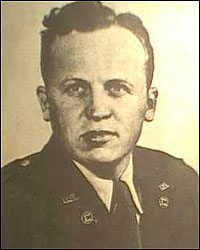 A few days back, I covered the controversial case of Wilfred Burchett, the first reporter to reach A-bombed Hiroshima. See my full story here  on George Weller, a well-known correspondent for a Chicago daily, who was the first outside journalist to reach Nagasaki after the atomic bombing.  It's an incredible tale, all the more so for me, since I've been haunted about Nagasaki ever since visiting it for a few days in 1984.  As I've written elsewhere:  If there is very questionable defense for destroying 140,000 civilian lives in Hiroshima, there is no defense whatsoever for the attack on Nagasaki.

In any case, after Weller bravely reached the city, he foolishly filed his dispatches via Gen. MacArthur's office in Tokyo--from where they never emerged.  Ever.  They remained hidden until Weller's son, who I have interviewed, found the carbons in an old trunk about then years ago.  See my book here for the whole story,  the U.S. occupation of the city (where our troops were afflicted), my own visit to Nagasaki,  and for more on the decade-long "coverup" of many other elements of the atomic bombing of Japan, including U.S. film footage.
Posted by Greg Mitchell at 7:30:00 AM