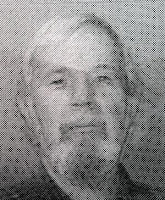 Thursday update:  Police finally stormed the building this morning, exchanged gunfire, killed the man.  But not before he shot a dog sent in as part of the siege.  Still no word on his motivation.

Wednesday:  Breaking report from upstate New York, as man with "long gun" (and apparently many more such in his apartment) shoots and kills four at two different locations, seriously wounds two others, and then flees, still at large.   This is just west of Albany.  Schools in lockdown.  Police searching for white male, age 50 to 60.

Update 6 p.m.  Kind of a "Christopher Dorner" situation developing as alleged shooter has holed up in an abandoned bar building and police outside with battering ram vehicle and SWAT team.
Posted by Greg Mitchell at 10:30:00 AM