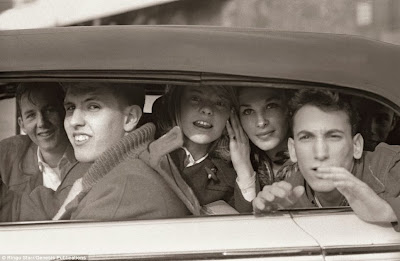 Amazing project by Ringo--he asked for someone to ID five early Beatles fans in his old photo at JFK Airport in New York--and now they've posed again in same positions, via the Today Show.  Some joke the sixth figure at far right hidden in shadows in original is...Pete Best.

BTW, I met Ringo a couple of times during the 1970s when for nearly all of the decade I was the #2 editor at the legendary Crawdaddy.  Nice chap.   And consider ordering one of many and ebooks over on the right on this blog, just clock on a cover, thanks! 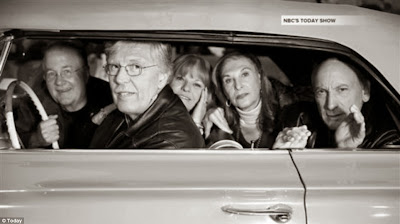 That 6th guy in the back on the right is Pete Best.

How come the middle one doesn't look older? What sorcery is this?