As Obama-Romney Race Gets New Attention: My E-Book 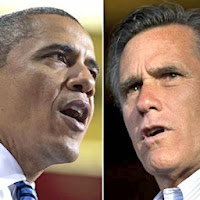 As you may have noticed, the new Halperin-Heileman book on the 2012 race is getting major attention today as details drift out, most notably Obama considering replacing Joe Biden with Hillary Clinton as his running mate.   So it seems proper that I remind you that I produced the first book on the campaign, nearly a year ago, within three days of the close of the race--my ebook, Tricks, Lies and Videotape.   It charts the final months of the campaign day-by-day, and with hot links to hundreds of articles and videos.  So it's not only fun and revealing, but also a unique tool for reporters and historians.  Here's part of the Amazon write-up:


One of the most important political campaigns in recent history, the 2012 race for the White House set all sorts of records for fundraising, negative attacks and outright lying. Greg Mitchell, author of three acclaimed books on highly influential American political campaigns, followed the 2012 race as closely as anyone in his daily columns at The Nation and frequent posts at his popular Pressing Issues blog.

Now he has produced the first book to chronicle the showdown between President Barack Obama and Governor Mitt Romney right down to Election Night, and then the days after. It's a nearly day-by-day chronicle of the final 100 days of the race, with all the high points and low points, the soaring rhetoric and the low blows, the humor and the angry outrage.

"Tricks, Lies and Videotape" also includes this unique and extremely valuable feature: more than 500 clickable links to the key articles, videos, documents, and blog posts that drew national attention during the campaign. They're all here: from the secret Romney "47 percent video" to key newspaper columns (from Paul Krugman and Charles P. Pierce to David Brooks). All of the most outrageous attacks are here, plus Sarah Silverman and Lena Dunhamvideos, Bruce Springsteen broadsides and dozens of other unusual and fun campaign stuff. And you can enjoy watching Clint chat with the chair again.

You can click and read/view now, or months or years from now. It's a new kind of living history for journalists, activists and historians alike.

Greg Mitchell is the author of more than a dozen books, including "The Campaign of the Century" (winner of the Goldsmith Book Prize), on Upton Sinclair’s highly influential race for governor of California in 1934; "Why Obama Won," and "Tricky Dick and the Pink Lady" (on the infamous Nixon-Douglas race), a New York Times Notable Book. His other books include "Atomic Cover-Up," and with Robert Jay Lifton, "Hiroshima in America" and "Who Owns Death?"  Mitchell was the editor of Editor & Publisher ("the bible of the newspaper industry") from 2002 to 2009, and won nearly a dozen awards for its media coverage. Hundreds of his articles have appeared in leading magazines and newspapers and he has served as chief adviser for two award-winning documentaries.