Well-known writer and longtime Arkansas resident Gene Lyons reported on Facebook that this Doonsebury strip was killed today by the major paper in his state, the Arkansas Democrat-Gazette, confirmed here.  Update:  Editor at paper told the Arkansas Times it was not political but because the strip used the word..."puke." 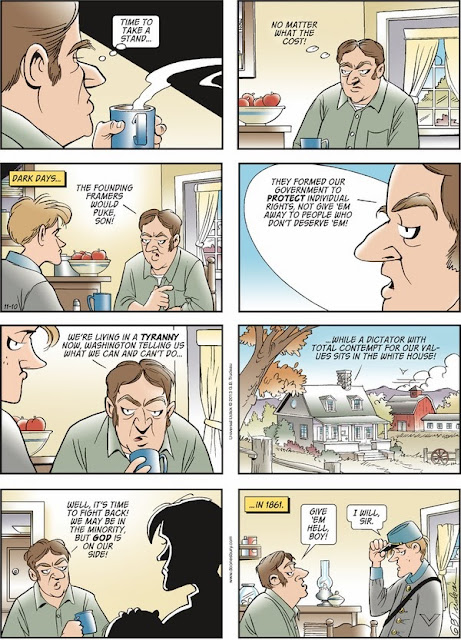