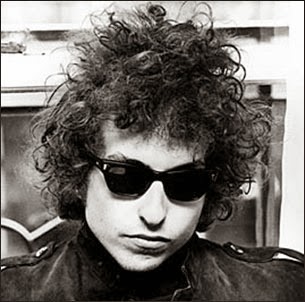 Update: Rolling Stone chats with director of the video on how it was made.  He's a 27-year-old Israeli. They say it may be the video of the year.

Earlier: Just up at BobDylan.com to mark release of a complete-album package is a rather amazing "interactive" video for "Like a Rolling Stone."  It allows you to instantly switch from "TV channel" to "TV channel"  (sports, cartoons, cooking, news, talk show, game show,  shopping network, music channel with Dylan live 1966, history channel, etc.) and see the hosts and guests or jocks singing the song for Bob.  Note: I did buy the single in 1965.

Their blurb for this:  "When Bob Dylan released 'Like A Rolling Stone' in 1965 no official music video was ever created to accompany his release. But nearly a half-century later, a groundbreaking interactive project has been created for the song, allowing fans to experience the classic recording in unprecedented ways. The video showcases a patented technology platform, created by the digital media company Interlude, which allows viewers to play an active role in the story of the music video. No two people will engage with the video in the same way twice."
Posted by Greg Mitchell at 11:42:00 AM