For over thirty years now, I have written hundreds if not thousands of articles about the atomic bombing of Japan and its aftermath there and in the USA, plus three books.  In this time, like most others, I have probably shortchanged the massive firebombing of Japan, even though the firebombing of German cities has received a good deal of notice, perhaps because it's Europe.  Now here's a fresh corrective at a key site, which attempts to show the scale of the bombing by comparing the results to comparable U.S. cities. 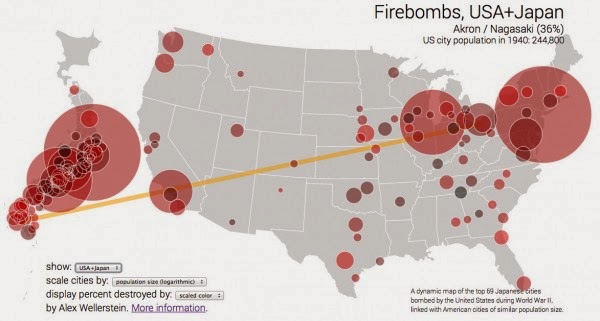 TO show scale you have one circle from Maine to North Carolina and another from Iowa to Ohio? This is misleading, not informative.