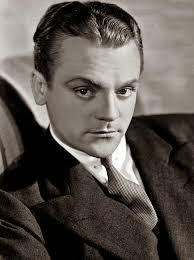 My book The Campaign of the Century (which won the Goldsmith Book Prize), focuses on the wild response in Hollywood--then controlled by conservative Republicans--to leftwing author Upton Sinclair winning the Democratic primary for governor, leading a mass movement, in 1934.  This included the creation of the first use of the screen for "attack ads"--thanks to MGM's Irving Thalberg.  The right-wing attack was so outrageous it sparked liberals to organize and Hollywood has tilted left ever since. (See my new New York Times article.)

Here's an excerpt re: one of the most notorious aspects--almost all the studio chiefs docked their employees, from low-level to top stars, one day's pay to go for the slush fund of the Republican candidate, Frank Merriam.  This angle is featured in the new Netflix drama, Mank, with writer Herman Mankiewicz the only holdout at his studio (this is pure fiction in his case).  One of those who protested but lacked the clout to resist was the young screenwriter Billy Wilder, who had arrived in the U.S. just recently.  Jimmy Cagney and Kate Hepburn, already top stars, did fight back.


**
Another Hollywood figure rebelling against the so-called Merriam
tax was that "professional againster" James Cagney. He was back in Los
Angeles after shooting Devil Dogs of the Air in San Diego. Politically,
Jimmy was still skating on thin ice thanks to the flap over his alleged
role in last summer's Communist uprising, so it behooved him to go
along with Jack Warner's request for money for Merriam. But Cagney
wouldn't sign the studio's check.

At least that's what he told Frank Scully, head of the writers' committee
for Upton Sinclair, when they met, for secrecy's sake, just outside the
Warner Brothers' gate. Scully found it amusing that two solid Americans
were huddling on the street, speaking in whispers, as if they were
plotting a revolution. Cagney told Scully not only that he had refused
to sign the check delivering one day's wage to Merriam but that if the
studio forced him, he would donate one week's salary to Sinclair. Since
that represented a six-to-one advantage for EPIC, Jimmy figured that
would stop them.

Unlike the writers, Hollywood's acting talent, with the exception of
Jimmy Cagney and a handful of others, seemed to go along with the
Merriam tax without much of a fuss. Early reports that Jean Harlow
planned to buck the system proved premature. But the name of another
young star supposedly fighting the Merriam tax had surfaced in Holly-
wood. It raised eyebrows, for the actress, Katharine Hepburn, had much
to lose, having just won an Academy Award. While Jean Harlow's
career, in the Production Code "decency" era, appeared to be imperiled,
Hepburn had clear sailing.

But 1934, by and large, was not kind to Kate. With her career stalled,
after a flop or two, criticism of Hepburn's cool manner and
unconventional dress mounted. Gossip columnists referred to her as La
Hepburn. One writer dryly commented that she "occasionally has
human impulses and she is not all snobbery and self-satisfaction." On
October 7, Louella Parsons revealed that "photographers have agreed
not to take a single pix of her because she's been so rude."

Yet, if anything, Hepburn took herself less seriously than others did.
When her habit of wearing men's pants caused a stir in Paris, she
commented, "I couldn't be dignified if I tried." She hated reading refer-
ences to Kit Hepburn as the mother of Katharine Hepburn. "My
mother is important," she explained, "I am not." Kate wished she could
paint, play music, or write books instead of act, but "alas, I'm not
talented at all." With her friend Laura Harding she lived in an isolated
home in Coldwater Canyon.

As the California governor's race heated up this autumn, Hepburn
was filming The Little Minister, based on the J. M. Barrie play, for
RKO. It was a big-budget production, and the studio expected the film
to put Hepburn's career back on track. With that much invested, RKO
executives could not have been pleased when rumors circulated that
Kate Hepburn favored Upton Sinclair or would not pay the "Merriam
tax," or both. Now the Los Angeles district attorney had sent an investi-
gator to find out what Hepburn really believed—and whether RKO had
threatened to punish her for those beliefs.

Almost no one among those sitting in the cinema chewing popcorn wastes a thought on how actors feel and think politically and what Hollywood was from the 1930s to the McCarthy era. Now politics are almost non-existent (or so it seems) in the film business with but the occasional discussion of an actor's affiliation with Scientology being the only thing to note that actors may have thoughts and feelings of their own (whether we share them or not is not the point). Didn't know Sinclair was active in politics.