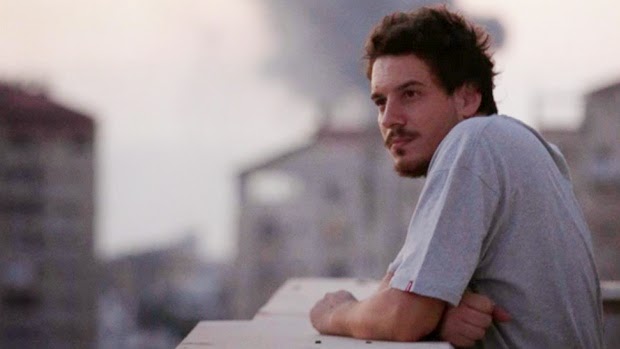 It's Simone Camilli, a videographer, and the first foreign journalist to die there (after a good number of locals).   AP reports:  "An Associated Press video journalist has been killed in an ordnance explosion in the Gaza Strip, together with a Palestinian translator and three members of the Gaza police. Simone Camilli, 35, died Wednesday when Gaza police engineers were neutralizing unexploded ordnance in the Gaza town of Beit Lahiya left over from fighting between Israel and Islamic militants.

"Camilli and a translator working with the AP, Ali Shehda Abu Afash, were accompanying the ordnance team on assignment when the explosion occurred. The police said four other people were seriously injured, including AP photographer Hatem Moussa. Camilli, an Italian national, had worked for The Associated Press since 2005."
Posted by Greg Mitchell at 7:56:00 AM