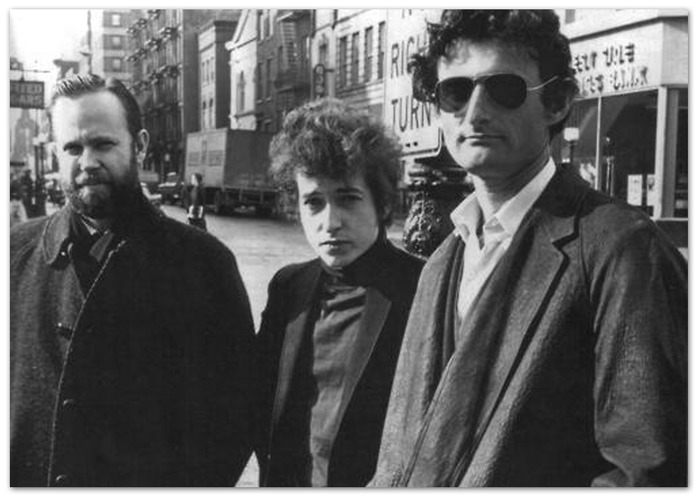 What a week for NYT's Sam Tanenhaus--he slams Rick Perlstein in The Atlantic, then offers this preview of much-rumored upcoming memoir of longtime famed Bob Dylan pal, whose face and name I've known for, what, nearly fifty years (ouch).    Among tidbits:  Dylan leaving folk days behind, seemingly in one day, after hearing The Beatles on the radio on an epic road trip--then turning the Beatles on to weed (not a new story but with fresh image of Bob himself passing out).  Great bit on Dylan's wife pouring out heart on divorce with "Blood on the Tracks" playing and Bob walking in.  And so on.
Posted by Greg Mitchell at 11:23:00 AM