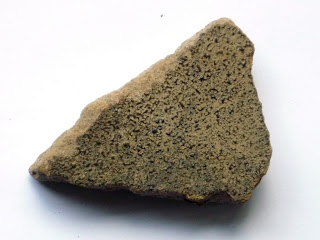 Every year I post daily on what was taking place on this date in 1945 as the U.S. got ready to use atomic bombs against Japan.  You can see my first post this year just below on this blog, which provides a kind of overview/background, and links to my three books on the subject on the right rail of this blog.   Photo at left of tile I have from Ota River burned black by the A-bomb.  Here is today's item:

Even at this late date, few Americans are aware that the Soviet entry into the war against Japan just hours after the bombing of Hiroshima may have had as much (or more) to do with Japan's quick surrender than the bomb.  This is a subject of great debate among historians and it coming days in my posts you will see much more about it.  But for now, this link, and an expert  summary:

"Since September 1940, under the cover name 'Magic,' U.S. military intelligence had been routinely decrypting the intercepted cable traffic of the Japanese Foreign Ministry. The National Security Agency kept the 'Magic" diplomatic and military summaries classified for many years and did not release the series for 1942 through August 1945 in its entirety until the early 1990s. This summary includes a report on a cable from Japanese Foreign Minister Shigenori Togo to Ambassador Naotake Sato in Moscow concerning the emperor's decision to seek Soviet help in ending the war. Not knowing that the Soviets had already made a commitment to its Allies to declare war on Japan, Tokyo fruitlessly pursued this option for several weeks.

"The 'Magic' intercepts from mid-July have figured in Gar Alperovitz's argument that Truman and his advisers recognized that the emperor was ready to capitulate if the Allies showed more flexibility on the demand for unconditional surrender. This point is central to Alperovitz's thesis that top U.S. officials recognized a 'two-step logic' that moderating unconditional surrender and a Soviet declaration of war would have been enough to induce Japan's surrender without the use of the bomb."
Posted by Greg Mitchell at 11:44:00 AM