Would FDR Have Dropped the Bomb? 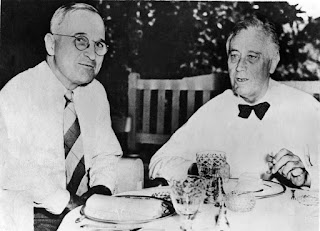 Franklin D. Roosevelt died not long before the final decision to drop two atomic bombs on Japan and too rarely do we hear discussion or debate over the fascinating question of--would Roosevelt have done what Truman did? Or, perhaps, yes, but he would have stopped after Hiroshima?
I don't have time to do a full treatment, but let's just say that Roosevelt, unlike Truman, had seriously sought advice or discussed alternatives to using the bomb, so at least that was on his mind. When he talked to Churchill about it, he referred to using the bomb--perhaps--as merely a threat. Also, he was far stronger than Truman in power and confidence and would have been far more able to withstand the urgings of aides and generals. Einstein said he didn't think FDR would have used it. McGeorge Bundy and atomic scientist Phil Morrison said they agreed, in talking to my co-author Robert Jay Lifton. Many others dispute that.
FDR had a lot invested in the bomb and would have had to defend the enormous resources poured into the project if he did not use it. But he also might have recognized, better than Truman, that Japan was basically defeated and would have likely surrendered in the same time frame due to the Soviets declaring war.
Let the debate continue. It's covered in my new book "The Beginning or the End," for one thing.
Posted by Greg Mitchell at 9:36:00 AM