Dylan on the Bomb

Maybe this explains my own obsession, most recently expressed in my new book on how Truman and the military sabotaged the first movie on the Bomb. This from a 2011 Rolling Stone interview. 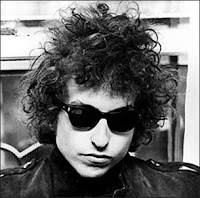 Dylan:  For some reason, the 1950s and 1960s interest people now. A part of the reason, if not the whole reason, is the atom bomb. The atom bomb fueled the entire world that came after it. It showed that indiscriminate killing and indiscriminate homicide on a mass level was possible . . . whereas if you look at warfare up until that point, you had to see somebody to shoot them or maim them, you had to look at them. You don’t have to do that anymore.

With the atom bomb, man – suddenly, and for the first time – had the power to utterly destroy mankind.

I think so. I’m sure that fueled all aspects of society. I know it gave rise to the music we were playing. If you look at all these early performers, they were atom-bomb-fueled. Jerry Lee, Carl Perkins, Buddy Holly, Elvis, Gene Vincent, Eddie Cochran . . .

How were they atom-bomb-fueled?
They were fast and furious, their songs were all on the edge. Music was never like that before, Lyrically, you had the blues singers, but Ma Rainey wasn’t singing about the stuff that Carl Perkins and Jerry Lee were singing about, nobody was singing with that type of fire and destruction. They paid a heavy price for that, because obviously the older generation took notice and kind of got rid of them as quickly as they could recognize them. Jerry Lee got ostracized, Chuck Berry went to jail, Elvis, of course, we know what happened to him. Buddy Holly in a plane crash, Little Richard, all that stuff . . .

Then, in this new record, you’re still dealing with the cultural effects of the bomb?