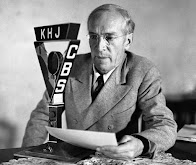 The new David Fincher movie, Mank, just now streaming on Netflix, has brought new attention to muckraking author Upton Sinclair — and only partly because he is (briefly) portrayed by Bill Nye, “the Science Guy.” The film shows how Sinclair’s left-wing run for governor of California in 1934 inspired MGM’s Irving Thalberg and newspaper baron William Randolph Hearst to take drastic actions to stop him. This in turn — and this is the fictional part — inspired Herman Mankiewicz to write Citizen Kane, with the title character based on Hearst.

See my New York Times piece on all this and more this week.

Mank has sent many to asking, So who was this Upton Sinclair character?  Or: Paging Bernie Sanders. There’s a good deal about all that, and more, in my award-winning book on the 1934 race, The Campaign of the Century. It was recently picked by the Wall Street Journal as one of the five greatest ever on an American election and you can read more or order here. But here’s a brief primer on "Uppie."

One of the original muckrakers, Sinclair is remembered mainly for just a single book, The Jungle, the classic expose of Chicago meat-packing, of which the author said: “I aimed at the public’s heart, and by accident I hit it in the stomach.” He gained some renewed attention not long ago thanks to the major movie There Will Be Blood, based on his book Oil! Frequently he is confused, as he was during his lifetime, with another writer, Sinclair Lewis, often to comical effect.

The Jungle was published in 1906 when Uppie, as he was known to friends, was still in his twenties, and he wrote dozens of popular and influential books thereafter, winning a Pulitzer Prize in 1943. Sinclair may not have been a literary stylist, but in his day he was a prominent figure indeed. For most of his career, he was one of this country’s foremost socialists and, according to H. L. Mencken, by far the most widely translated American author abroad. “When people ask me what has happened in my lifetime,” George Bernard Shaw told Sinclair in 1941, “I do not refer them to the newspaper files or to the authorities, but to your novels.”

Few public figures jumped from so many frying pans into so many fires, and “none has ever managed to keep so sunny and buoyant while the flames were leaping around him,” Robert Cantwell commented. No American writer converted more young people to socialism. “Upton Sinclair first got to me when I was fourteen or so,” Kurt Vonnegut, Jr., confessed, in explaining how he became a lifelong socialist. Saul Bellow told a Sinclair biographer that the muckraker’s books made a strong impression on him as a youth, even though he understood right from the start that the author was “something of a crank — one of the grand American cranks who enriched our lives.”

Like Norman Mailer circa 1968, Upton Sinclair was often in the news for reasons that had little to do with writing: getting arrested (on several occasions), running for office (he lost two previous races for governor on the Socialist line), or financing films (just one, but it was for Sergei Eisenstein, and what a fiasco). His engine was forever racing. Ezra Pound called him a “polymaniac.” Accused of having a Jesus complex, Sinclair cheerfully pointed out that the world needed a Jesus more than it needed anything else.

Practically alone among the writers of his generation, Upton Sinclair “put to the American public the fundamental questions raised by capitalism in such a way that they could not escape them,” Edmund Wilson observed. In this regard, Sinclair’s career reached its climax with his EPIC crusade in 1934, and Hollywood, Democrats in California, and the American political campaign would never be the same.

Naturally he launched that campaign with yet another book: I, Governor of California, and How I Ended Poverty.

Greg Mitchell is the author of a dozen books. More on, or order, The Campaign of the Century. 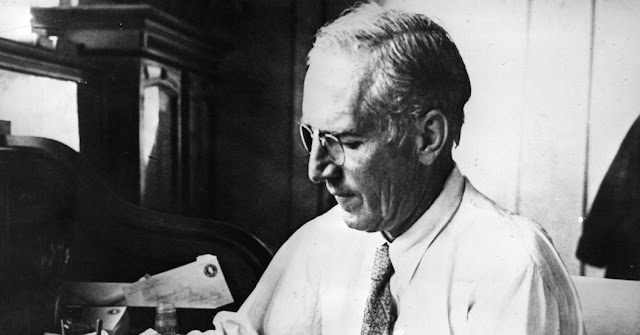