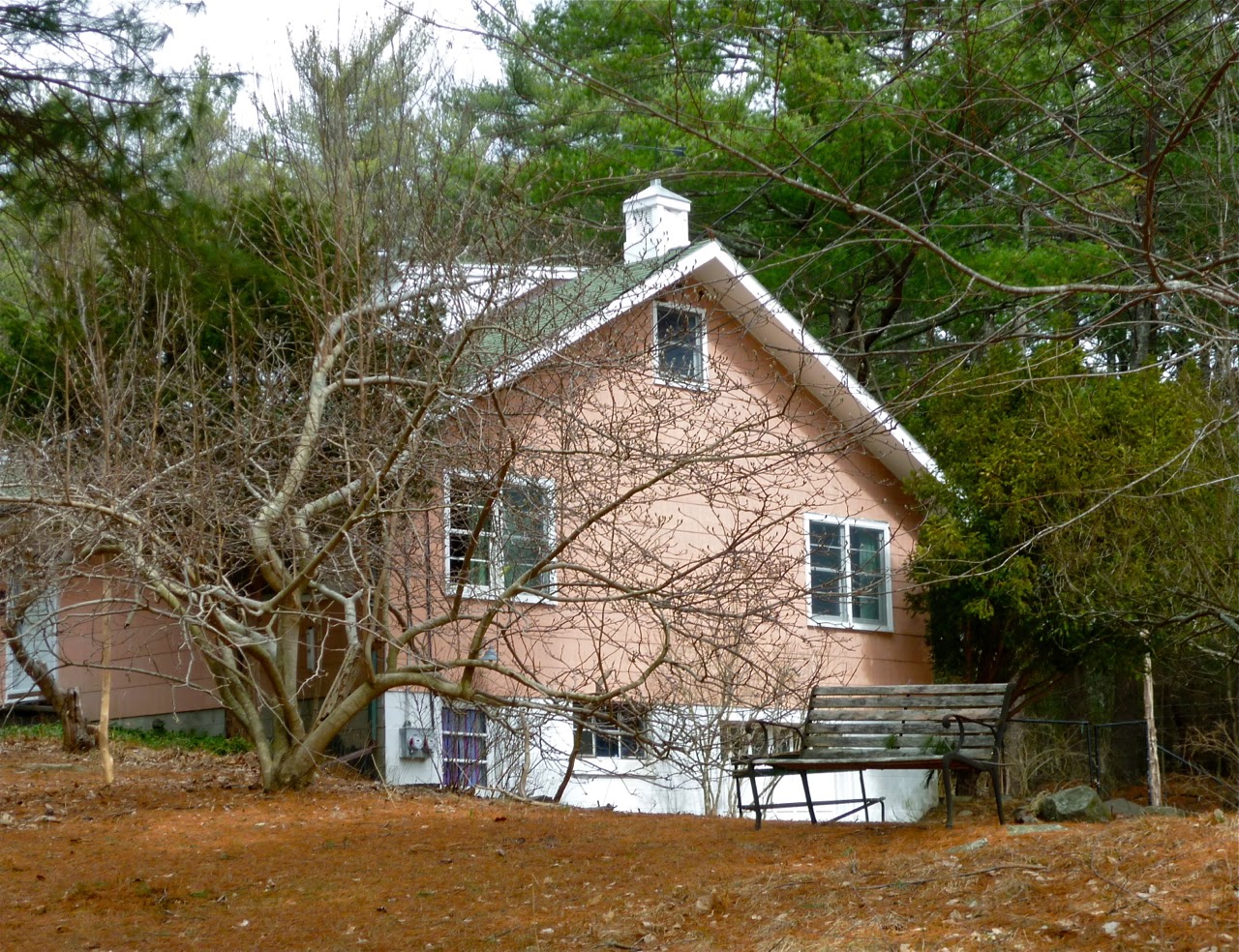 Amazing and long-awaited (and not even rumored, as far as I knew):  Columbia finally releasing the entire fabled Basement Tapes, recorded on a small tape recorder around Woodstock in 1969 by Bob Dylan and the just-forming The Band--on six discs to hold the many dozens of songs.  Not only that but they have been "restored" by none other than the Band's Garth Hudson, who recorded most of them himself back at Big Pink (my photo above).

The official Columbia release in the mid-1970s had some instrumentation--and Band tunes--added by Robbie Robertson.  Listen to the version of "Odds and Ends" coming on new album, quite different than the one we heard in '75.  Full, astounding track listing here, with most of  the covers leading off.   I count about 28 cuts not on the best five-disc bootleg (most of disc six here is "new"), some of which, they say, were found fairly recently.

Some of us have had the pretty good quality five-disc bootleg versions for many years--here's one song from there that presumably will be cleaned-up.  The full tapes are easily one of the greatest treasure troves in the history of American music, including both well-known and little-known Dylan originals and dozens of amazing cover versions.  His unreleased "I'm Not There" was the most fabled track, finally getting official release due to the awful movie of that name a few years back (in pale re-make here).  [Note:  My upcoming comic first novel, Too Much of Nothing, is firmly tied to Big Pink and the basement.  Read first chapter at that link and contact me at epic1934@aol.com if you want to know more.]

There will also be a two-disc "highlights' disc and a  three-record vinyl edition.  And the upcoming release ties in to a new "new basement tapes" album coming out from T-Bone Burnett and others who have set some of Bob's lyrics from that period to music.  Here is the bobdylan.com email today:


The Basement Tapes Complete: The Bootleg Series Vol. 11. Compiled from meticulously restored original tapes — many found only recently — this historic six-disc set is the definitive chronicle of the artist's legendary 1967 recording sessions with members of his touring ensemble who would later achieve their own fame as The Band. The Basement Tapes Complete brings together, for the first time ever, every salvageable recording from the tapes, including recently discovered early gems recorded in the "Red Room" of Dylan's home in upstate New York. Garth Hudson worked closely with Canadian music archivist and producer Jan Haust to restore the deteriorating tapes to pristine sound, with much of this music preserved digitally for the first time. The decision was made to present The Basement Tapes Complete as intact as possible. Also, unlike the official 1975 release, these performances are presented as close as possible to the way they were originally recorded and sounded back in the summer of 1967.