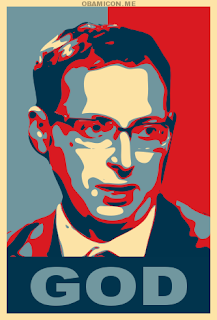 Nate Silver, not much in evidence the past few days--maybe taking a bit of a rest between promo for new book and checking his Amazon ranking--returns tonight with a full survey of which polls got election most right.   The main winner--TIPP--is the one I used at Editor & Publisher when I was the editor there.  Several polling firms got notably poor results, on the other hand. "For the second consecutive election — the same was true in 2010 — Rasmussen Reports polls had a statistical bias toward Republicans, overestimating Mr. Romney’s performance by about four percentage points, on average. Polls by American Research Group and Mason-Dixon also largely missed the mark."

Also among the worst: Gallup.  "Gallup has now had three poor elections in a row. In 2008, their polls overestimated Mr. Obama’s performance, while in 2010, they overestimated how well Republicans would do in the race for the United States House."

Yikes:  "Perhaps it won’t be long before Google, not Gallup, is the most trusted name in polling."

And he again makes this point:  "Research by polling firms and academic groups suggests that polls that fail to call cellphones may underestimate the performance of Democratic candidates."

Note:  My e-book on Obama-Romney race has just been published.  "Tricks, Lies, and Videotape" covers the contest right up to Election Night and the aftermath, and includes over 500 clickable links to the most important articles, blog posts and videos.  Just $2.99.  Enjoy.
Posted by Greg Mitchell at 8:48:00 PM