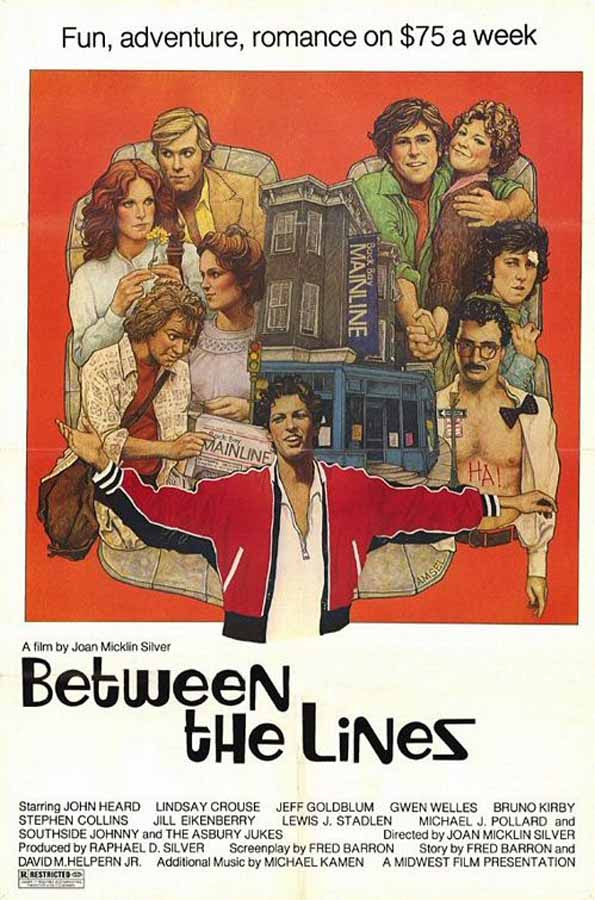 Sad to see that Joan Micklin Silver, one of the few female movie directors back in the day, has died.   She was perhaps best known for directing Crossing Delancey and Chilly Scenes of Winter.  Among other accomplishments she gave me my first break in movies....of a kind.

It was back in the mid-1970s, and the set photographer for a film called Between the Lines, directed by Joan Micklin Silver--a rare female director at the time--called me at Crawdaddy to ask if I could round up a few other vanishing longhairs to appear in the movie, which was set at a Boston alt-paper, similar to The Real Paper or the Phoenix.   Sort of a "give me a head with hair, long beautiful hair" order. The photog was Lorey Sebastian, ex-wife of John Sebastian (she was the "you" in "you and me and rain on the roof" etc.).   Among those I rounded up was one of my staffers, Mitch Glazer, later a Hollywood screenwriter himself.

My appearance would amount to this:  Lorey would take a picture of Jeff, other stars (Lindsay Crouse, John Heard, Bruno Kirby, Michael J. Pollard, Stephen Collins), and the folks I could gather,  in front of a loft building in Soho,  looking like we were all back in 1970.  It was summer but we had to wear winter clothes for some reason. The picture would then appear in the movie as some of the characters gazed at it and reflected on the good old days before the paper got kind of corporate.  Yes.  Even back then.

Goldblum played the smart-ass record reviewer. (We later had lunch a couple of times and I got him to write a review of a Natalie Cole album for Crawdaddy.)  So, if you watch the film, you will see me--with the rest of the "staff."  For a few seconds.  R.I.P. my film career.