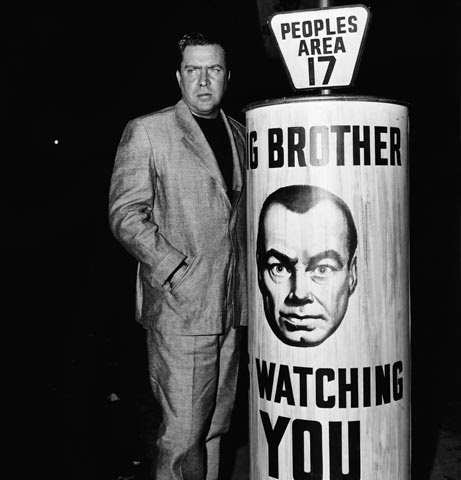 UPDATE #2  AP tweets: "BREAKING: Senator confirms NSA collection of phone records is a renewal of an ongoing practice." ...More in that vein from Sen. Feinstein, saying latest is just the usual three-month renewal, and she's fine with it. "It's called protecting America."  But Sen. Mark Udall, who is on Intel committee, calls reports "shocking."  Only 23 in Senate in 2012 opposed FISA estension (20 Dems, 3 Repubs).

UPDATE #1: Reuters:  Senior Obama administration official acknowledges collection of information on Verizon calls.   NBC:  White House today won't confirm facts but defends practice.  NBC's Pete Williams reports he was told "definitely there will be a leak investigation." AP with more on official response.   NYT finally covers--and puts it at top of site.  Al Gore calls it obscenely outrageous here.   A what the EFF response.  Greg Sargent of Wash Post:  "Cong Dems and Repubs who (rightly) criticize NSA news must be pressed on why they support the Patriot Act."

Charlie Savage of NYT tweets:  "Kind of 'renders quaint' this letter a week ago to NYT from Verizon re orders for our bureau's call logs specifically http://goo.gl/tSU8v

Earlier:   ACLU's statement on Glenn Greenwald's scoop tonight for The Guardian, re: secret Foreign Intelligence Surveillance Court order on April 25 that required Verizon to turn over information on all telephone calls both within the U.S. and between the U.S. and other countries on an "ongoing, daily basis," until July 19.


“From a civil liberties perspective, the program could hardly be any more alarming," Jameel Jaffer, the deputy legal director of the ACLU, said in a statement. "It’s a program in which some untold number of innocent people have been put under the constant surveillance of government agents. It is beyond Orwellian, and it provides further evidence of the extent to which basic democratic rights are being surrendered in secret to the demands of unaccountable intelligence agencies.”