My Book on Hollywood Politics 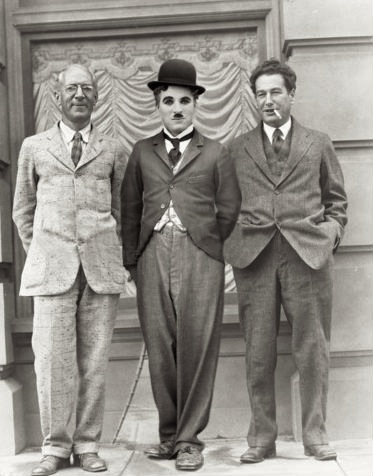 My  e-book When Hollywood Turned Left  (Townsend Books), is something borrowed, something new, yet all very entertaining--and revealing.  It answers the question:  Okay, we all know Hollywood has been pretty damn liberal for a long time, but how did it get that way?  This book traces it back to the 1934 race for governor of California when the outrageous actions by the conservative studio bosses--such as docking every employee one day's pay for the GOP candidate and creating the first "attack ads" for the screen--forced left-leaning (but still powerless) actors and screenwriters to organize and fight back, in spades.  And the rest is history.

If this sounds fairly familiar--at least to my fans and/or longtime readers--it's because most of the book is taken from my 1992 "classic" The Campaign of the Century, although with a new Introduction and fresh material elsewhere.   That earlier 620-page hardcover book won the Goldsmith Book Prize and much other acclaim, including recently being picked at the Wall St. Journal as one of the five greatest books about any election ever.  Since it appeared, many would-be readers have requested that I create a smaller, although still very substantial, volume focusing on the wild and wooly Hollywood angle.  So, after a couple decades of hearing this, I finally did it, thanks to the brave new world of e-publishing, and now with clickable links!

So now there's no excuse (such as "I won't read any 600-page books") to not enjoy this story and it's wonderful cast of characters,  including Will Rogers, Charlie Chaplin, Louis B. Mayer, Katharine Hepburn, Billy Wilder, W.R. Hearst, Jimmy Cagney, and on and on.  As some know, my major discovery was the trio of faked newsreels produced by the saintly Irving Thalberg to destroy Sinclair--the first full use of the screen to destroy a candidate, and precursor of TV "attack ads" today.

Here's my video that covers some of that, including those attack ads.  But even that is just small part of this book ($3.79  for all Kindles, iPads etc.).  Hooray for Hollywood! And for the full Campaign of the Century go here in print or ebook.

I am looking for professional letter writer who can write letters foe me because i am gonna apply for job and that person wll really help me.

Well written about the Hollywood politics and i can feel the feelings of the writer while he composed this book. It is one which reveals a lot about it. It is really interesting. Buy essays online