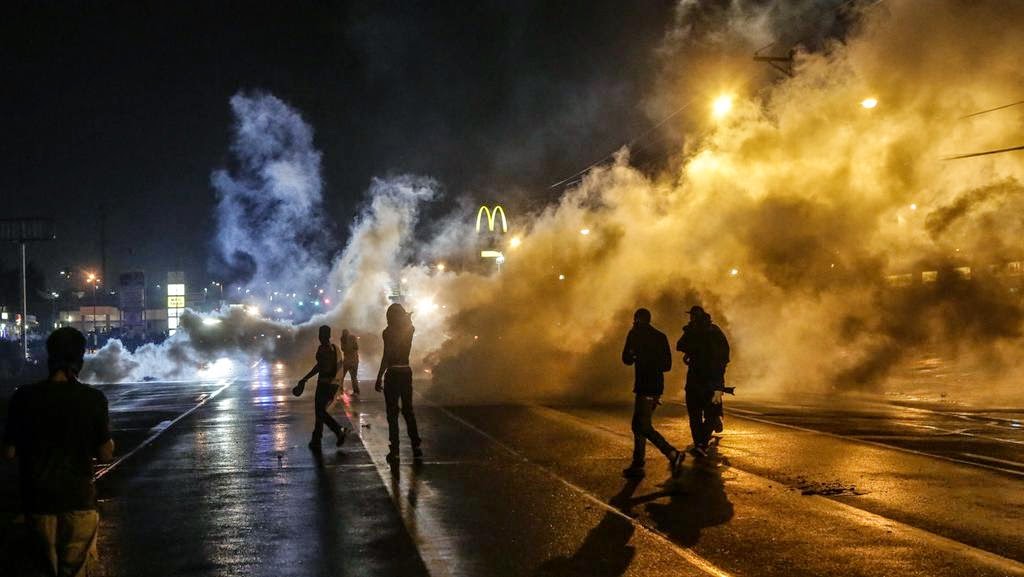 10:00 a.m. Love the McDonald's above the gas or smoke last night...photo by Lawrence Bryant.

Press conference right now by Capt. Ron Johnson on last night's curfew--most followed, in the rain, but there was one shooting with a person in critical condition.  Tear gas--or smoke bombs--near the end.   @RyanJReilly tweeting it now.   Seven arrested.  "He claims there are four instigators from Oakland who are stirring members of the crowd up....Malik Shabazz of New Black Panther Party told me he thinks things went pretty well."  NBC's wrap-up.

Wesley Lowery, the other reporter arrested this week, with full piece at Wash Post (he'll be on "Meet the Press" today).