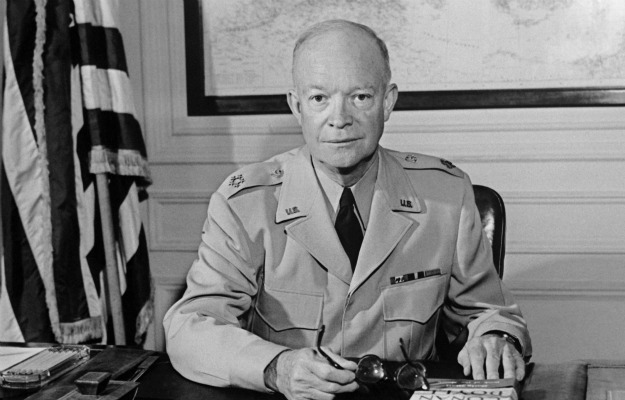 Every year at this time I trace the final days leading to the first use of the atomic bomb against Hiroshima and Nagasaki in August 1945.   In this way the fateful, and in my view, tragic decisions made by President Truman, his advisers, and others, can be judged more clearly in "real time."  As some know, this is a subject that I have explored in hundreds of articles, thousands of posts,  and in three books, since 1984:  Hiroshima in America (with Robert Jay Lifton), Atomic Cover-up and last year's Hollywood epic, The Beginning or the End.   Now I've directed an award-winning documentary.


What happened on today's date:

Gen. Dwight D. Eisenhower would years later in Newsweek write:   "Secretary of War Stimson, visiting my headquarters in Germany, informed me that our government was preparing to drop an atomic bomb on Japan. I was one of those who felt that there were a number of cogent reasons to question the wisdom of such an act. …the Secretary, upon giving me the news of the successful bomb test in New Mexico, and of the plan for using it, asked for my reaction, apparently expecting a vigorous assent.

"During his recitation of the relevant facts, I had been conscious of a feeling of depression and so I voiced to him my grave misgivings, first on the basis of my belief that Japan was already defeated and that dropping the bomb was completely unnecessary, and secondly because I thought that our country should avoid shocking world opinion by the use of a weapon whose employment was, I thought, no longer mandatory as a measure to save American lives.

"It was my belief that Japan was, at that very moment, seeking some way to surrender with a minimum loss of ‘face’. The Secretary was deeply perturbed by my attitude."

There is conflicting evidence that Eisenhower also delivered this message to Truman.  Ike would later repeat in a memoir his opposition to dropping the bomb--"that awful thing"--on Japan.