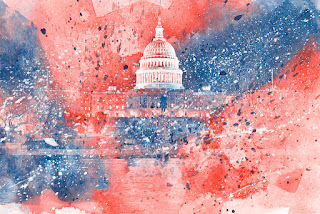 MONDAY & TUESDAY Update:   Nate Silver at 538.com jupped Dems chances of taking House from 6 out of 7 to 7 out of 8 as new polls have arrived (and see latest in list of tight races below). And he has just dropped odds of Dems taking Senate from 1 to 6 to 1 to 5.

Polls continue to improve for Beto O'Rourke in Texas but Silver still gives him only a 1 in 4 chance.  He continues to give narrow edges to Nelson in Fla., Donnelly in Indiana, Tester in MT, McCaskill in MO and Sistema in AZ, and just today took Rosen in NV from slight underdog to slight favorite.  Jon Ralston the Nevada election expert now also picked Rosen.  But big deficit for Heitkamp in ND and Bredesen in Tenn.  So chances of Dems taking Senate remain dim.

But, at least in Silver's view, House outlook keeps getting slightly better he increases Dem odds in several races.  For example, in North Carolina, he just moved McCready from slight underdog to 50-50, and so on.

EARLIER:  I'll be posting here daily over the next few days, IDing all of the key and ultra-tight House races, about 3o to 40 in number,  that will decide if the Democrats can take control there.

From the beginning I have been skeptical of the Dems making any gains in the Senate, let alone taking the body (they need 3 pickups), due to the stacked map for them this year, with many of their seats up for grabs and very few on the GOP side.  So: concentrating on the House.

But let me add, Friday morning, that Beto has closed to within about 4% of Cruz in new Texas poll.  The Green candidate in Arizona, who looked to hurt the Dem candidate there in toss-up race, just pulled out.  But Heitkamp in North Dakota faces even longer odds after judge ruled against ACLU suit to allow Native Americans fair access.   Testor looks safer in Montana but not safe.  McCaskill in Missouri still in dog fight.  Tennessee appears lost but new CNN poll gives the horrid Blackburn just a 4% lead, though Fox poll differs. Nevada still 50/50.  I'd still bet the Dems, at best, stay where they are at 48-52 deficit.

On the House side, Nate Silver, whose 538.com was actually not far off on the Trump win in 2016, has IDed 62 races that are pure toss-ups or lean very slightly one way or the other.  In less close races he has the Dems up 27 seats.  Yes, there may be a handful of shocking upsets, but if those few balance out, that means the Dems still have to win a bunch of those 62 to flip enough seats to take the House (they need a gain of 23).  And this is very plausible, with polls and donations trending in their direction in past week.  Silver currently gives Dem 85% of gaining the House (and about the same long odds of NOT winning the Senate)  but I have long been impressed by how ultra-tight most of these races are--tied or 1 or 2 points in either direction.  So this could truly be a blue wave--or a disappointing gain of just a dozen or so seats.

One of this year's innovations has been the NY Times partnering with credible polling outfit Siena to post results of polling in key House and Senate contests at their site--as it's still going on!  So you can see what's transpiring after they get about 300 responses and then up to 500 or so.   Fun but, of course, they do warn smallish sample and other polls may differ.

Here is my initial list of 32 top races--you will note that most are women--some of which I will analyze in coming hours and days, so return here often. I will start to fill in a few details on each.  Omitted are many races which are good battles but Dem trails pretty severely--such as Ojeda trying to win in district in W. Virginia that Trump won by 49%.  Also, the terrible Pete King threatened on Long Island but probably safe.  UPDATED MONDAY


NY
Antonio Delgado:  Taking on John Faso in Catskills area.  Has been branded, in racist way, as former "rapper" (i.e. "thug") by opponent's campaign.  But he has gained steadily and now viewed with very slight lead.


Anthony Brindisi:  In far upstate NY was given little chance, now about even in final NYT/Siena live poll.


Katie Porter: A UC-Irvine law professor and strong progressive in a conservative district but may be slightly ahead.

TEX
Lizzie Fletcher:  Her opponent John Culberson is deeply entrenched but district did not go crazy for Trump and she is very close thanks to running on health care and women's issues.

Colin Allred:  He has longest odds from my list in 538's view--3 in 10--but more than holding his own in NYT/Siena poll and now given fighting chance.


MICH
Elissa Slotkin: She has a strong national security background and may be pulling ahead, with strong NYT/Siena result.

IOWA
Cindy Axne:  Last week's NYT/Siena poll put her in slight lead.
J.D. Scholten:  Was given little chance until recently in taking on Steve King but now within distance as King's latest racist remarks having effect.  A poll this week put him almost tied and no doubt sparking donations but that pollster not among the most credible. But NYT/Siena poll just closed and gives him a fair shot.


NEB
Kara Eastman:  Interesting race.  She is a community activist and one of very few from "Bernie wing" of party to actually win a primary race this year.  Her opponent was a mainstream former congressman backed by party leaders and even Emily's List, as he was seen as having a far better chance to win in this red but pliable district.  Polls show that their fears may be realized as she seems to be slipping and 9% points back in  NYT/Siena poll, the biggest gap in any of my 32 races. But Nate Silver just upped her chances to at least 3 in 7.


KY
Amy McGrath:  She was the first Marine to fly a combat mission.  Conservative district but she has fundraised well and seems to be almost in a tie--but district might just be too tough.

NJ
Andy Kim:  Slight favorite although opponent's ads falsely clain he was backer of Black Panthers and Bill Ayres: "not just far left but far out."

MAINE
Jared Golden: Yet another young vet who is doing well.

ILL
Sean Casten
Lauren Underwood:  Was longshot but gaining steadily running on health care issues (she is registered nurse who worked for Obama in implementing the ACA).   It's a black woman, age 31, vs. white male in his 50s.  She won this week's NYT/Siena poll and poised for big upset.  Heartening.

FLA
Debbie Mucarsel-Powell:  District seems ripe for her, as it went for Hillary by 16% and is 70% Hispanic.  But opponent is a rare GOP "moderate" so tough fight.  She was on "Meet the Press" and very impressive, also hitting his "moderate" claims.  Very strong on health and guns reform.

UTAH
Ben McAdams:  He's taking on GOP bright hope and one of very few black female office holders in that party, Mia Love.  Yes, it's Utah, but he is former top official in Salt Lake area where most votes will come from.  Might now be favored.


NC
Dan McCready:  A bit of an underdog until just now when Silver made him 50-50.

VA
Abigail Spanberger:  She is former CIA operative and opponent David Brat is the far-right fellow who upset Eric Cantor.  She trails by just a bit but good test of women vote vs. male Tea Party creep.

PA
Scott Wallace:  Self-funding campaign and backing medicare for all.  District went for Hillary but he may still trail (Nate Silver) but took NYT/Siena poll by 7%.

MINN
Dan Feehan:  This is a key race as one of very few where the Dems need to hold on to seat not pick up one.  Feehan is one of many young Iraq/Afghanistan vets running as Dems this year.

GA
Lucy McGath:  Was a longshot against a Republican female incumbent but gaining, partly thanks to hot governor's race--NYT/Siena poll i actually shows her in lead.

MT
Kathleen Williams:  Amazing, but Dem has real chance here, as Testor allegedly pulls away in Senate race, though underdog.

You made an article that is interesting.

Superbly written article, if only all bloggers offered the same content as you, the internet would be a far better place..All News Bangladesh

I’m excited to uncover this page. I need to to thank you for ones time for this particularly fantastic read !! I definitely really liked every part of it and i also have you saved to fav to look at new information in your site.Free gift card codes generator

Excellent information Providing by your Article, thank you for taking the time to share with us such a nice article. Amazing insight you have on this, it's nice to find a website that details so much information about different artists. Kindly visit the LiveWebTutors website we providing the best assignment help services in Australia.

yirigol said...
This comment has been removed by a blog administrator.
Thursday, April 23, 2020

Asish Chalcha said...
This comment has been removed by a blog administrator.
Friday, April 24, 2020