Niall Ferguson vs. The Nit-Pickers 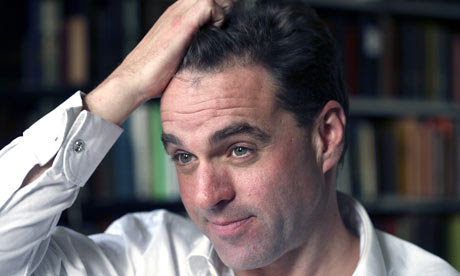 Now Fergie replies, at massive length (apparently taking a break from worshiping at the clay feet of Paul Ryan), to his many critics.  I noted earlier that Niall Ferguson claimed on TV that we were only "nitpicking" and not finding any factual errors (see my summary).  So we are merely the Knights Who Say Nit.

UPDATE:  Paul Krugman just posted a blog piece (probably written before seeing Ferguson's defense) which does not "nit-pick" further but considers the seriousness of Ferguson's errors--and Newsweek's responsibility:  "We know what Ferguson is going to do: he’s going to brazen it out, actually boasting about the deftness with which he misled his readers. But what is Newsweek going to do?"

Now, much more from Ferguson today:

-- Conspiracy buff, paranoid: "[W]hat I have encountered since the publication of my Newsweek article criticizing President Obama looks suspiciously like an orchestrated attempt to discredit me."

-- Hooray for that: "Their approach is highly effective."

-- Witch end is up?  "The art of the modern witch-hunt is to get as many like-minded bloggers as possible to repeat and preferably exaggerate the claims until finally it becomes received opinion that you are on the brink of being fired and indeed deported in chains."

-- It took him a week to write that piece?  "I don’t usually waste time on this kind of thing. In the Internet age, you can spend one week writing a piece and the next three responding to criticism, most of it (as we have seen) worthless."
Posted by Greg Mitchell at 2:16:00 PM