Inside a Mound in Hiroshima 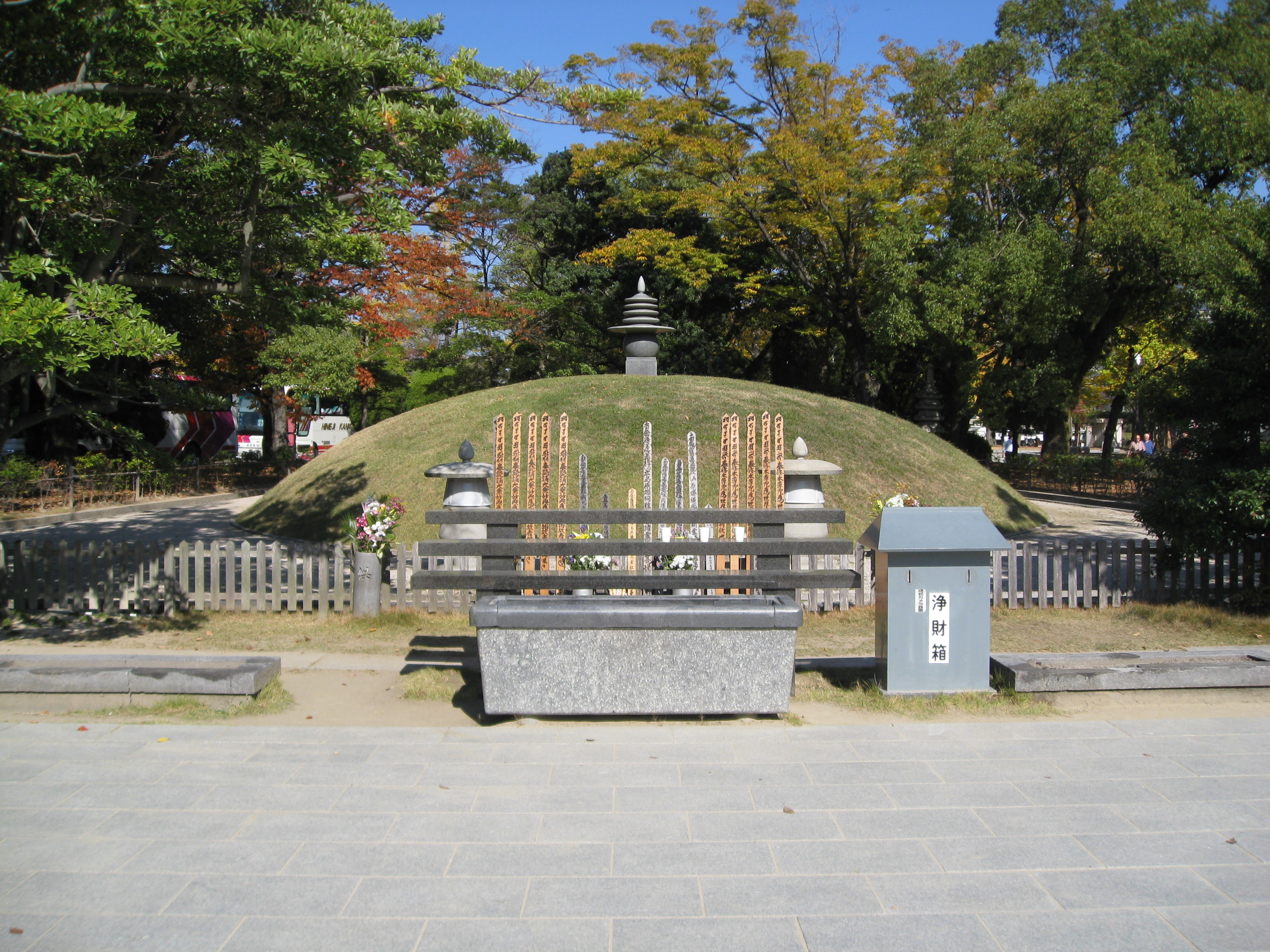 In the northwestern corner of the Hiroshima Peace Park, amid a quiet grove of trees, the earth suddenly swells. It is not much of a mound -- only about ten feet high and sixty feet across. Unlike most mounds, however, this one is hollow, and within it rests perhaps the greatest concentration of human residue in the world.rey clouds rising from sticks of incense hang in the air, spookily. Tourists do not dawdle here. Visitors searching for the Peace Bell, directly ahead, or the Children's Monument, down the path to the right, hurry past it without so much as a sideways glance. Still, it has a strange beauty: a lump of earth (not quite lush) topped by a small monument that resembles the tip of a pagoda.

On one side of the Memorial Mound the gray wooden fence has a gate, and down five steps from the gate is a door. Visitors are usually not allowed through that door, but occasionally the city of Hiroshima honors a request from a foreign journalist.

Inside the mound the ceiling is low, the light fluorescent. One has to stoop to stand. To the right and left, pine shelving lines the walls. Stacked neatly on the shelves, like cans of soup in a supermarket, are white porcelain canisters with Japanese lettering on the front. On the day I visited, there were more than a thousand cans in all, explained Masami Ohara, a city official. Each canister contained the ashes of one person killed by the atomic bomb.

Behind twin curtains on either side of an altar, several dozen pine boxes, the size of caskets, were stacked, unceremoniously, from floor to ceiling. They hold the ashes of about 70,000 unidentified victims of the bomb. If, in an instant, all of the residents of Wilmington, Delaware, or Santa Fe, New Mexico, were reduced to ashes, and those ashes carried away to one repository, this is all the room the remains would require.

More than 100,000 in Hiroshima were killed by The Bomb, the vast majority of them women and children, plus elderly males.  Fewer than one in ten were in the military.

Most of those who died in Hiroshima were cremated quickly, partly to prevent an epidemic of disease. Others were efficiently turned to ash by the atomic bomb itself, death and cremation occurring in the same instant. Those reduced by human hands were cremated on makeshift altars at a temple that once stood at the present site of the mound, one-half mile from the hypocenter of the atomic blast.

In 1946, an Army Air Force squad, ordered by Gen. Douglas MacArthur to film the results of the massive U.S. aerial bombardment of Japanese cities during World War II, shot a solemn ceremony at the temple, capturing a young woman receiving a canister of ashes from a local official. That footage, and all of the rest that they filmed in Hiroshima and Nagasaki revealing the full aftermath of the bombings, would be suppressed by the United States for decades (as I probe in my book Atomic Cover-Up).

Later that year, survivors of the atomic bombing began contributing funds to build a permanent vault at this site and, in 1955, the Memorial Mound was completed. For several years the collection of ashes grew because remains of victims were still being found. One especially poignant pile was discovered at an elementary school. 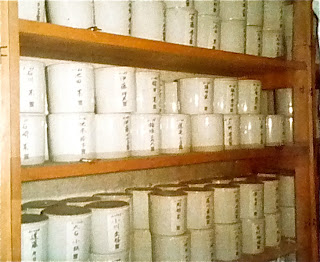 The white cans (that's my photo) on the shelves have stood here for decades, unclaimed by family members or friends. In many cases, all of the victims' relatives and friends were killed by the bomb. Every year local newspapers publish the list of names written on the cans, and every year several canisters are finally claimed and transferred to family burial sites. Most of the unclaimed cans (a total of just over 800 in 2010, for example) will remain in the mound in perpetuity, now that so many years have passed.

They are a chilling sight. The cans are bright white, like the flash in the sky over Hiroshima at 8:15 a.m. on August 6, 1945. From all corners of the city the ashes were collected: the remains of soldiers, physicians, housewives, infants. Unclaimed, they at least have the dignity of a private urn, an identity, a life (if one were able to look into it) before death.

But what of the seventy thousand behind the curtains? The pine crates are marked with names of sites where the human dust and bits of bone were found -- a factory or a school, perhaps, or a neighborhood crematory. But beyond that, the ashes are anonymous. Thousands may still grieve for these victims but there is no dignity here. "They are all mixed together," said Ohara, "and will never be separated or identified." Under a mound, behind two curtains, inside a few pine boxes: This is what became of one-quarter of the city of Hiroshima on August 6, 1945.

My new book is  THE BEGINNING OR THE END: How Hollywood--and America--Learned to Stop Worrying and Love the Bomb,
Posted by Greg Mitchell at 1:00:00 AM

This is such a great resource that you are providing and you give it away for free. I love seeing blog that understand the value of providing a quality resource for free. There are so many fun and exciting things to do and experience around the world that I thought I'd put together a list of my favourite Things to do for all travelers ...