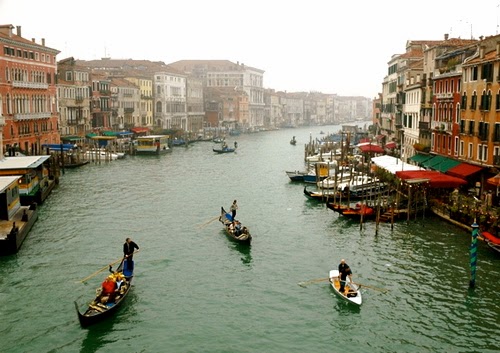 In an unofficial online referendum that took place over five days last week, 89 percent of the residents of Venice (my photo, above) voted to split from Italy to become a sovereign state again (the city has only been part of Italy for 150 years, after all). Reportedly the floating city has tired of sending far more in taxes to Rome than it receives in investment and services. The Daily Mail quoted one advocate, Paolo Bernardini, a professor of European history at the University of Insubria in Como, northern Italy: "Although history never repeats itself, we are now experiencing a strong return of little nations, small and prosperous countries, able to interact among each other in the global world."

The online poll was organised by local activists and parties, who want a future state called Republic of Veneto.  More than 2 million residents voted, which represents 73 percent of those eligible to take part. The Veneto region's president said: "We are only at the Big Bang of the movement-- but revolutions are born of hunger and we are now hungry. Venice can now escape."  h/t @julliadellacroce  -- Barbara Bedway
Posted by Greg Mitchell at 11:24:00 AM