Doubts About U.S. vs. ISIS 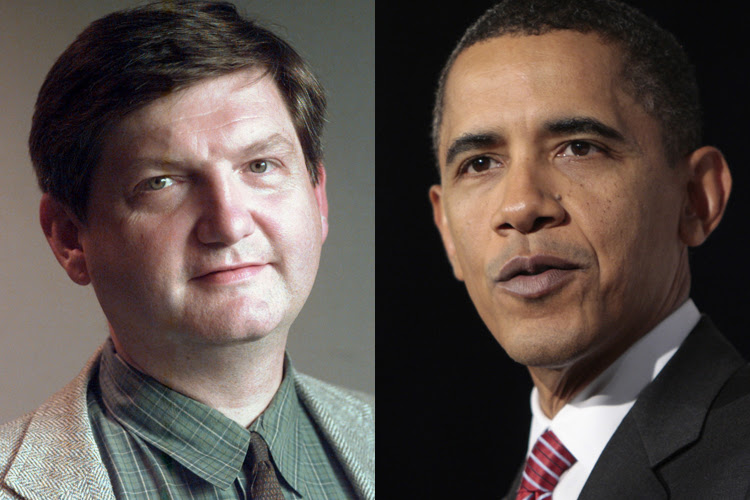 Tuesday updates:  NYT probably thinks this is a tough-minded editorial but it's actually wishy-washy.  It's not let's-not-start-war but just-explain-why.

Monday Updates: New CNN poll show vast majority of Americans feel ISIS is threat to us, with a whopping 71% believing they may already have terrorists among us here--contrary to all evidence but not  the media hysteria.  Some find comfort in 61% not backing the insane wish to send U.S. troops against ISIS--but that means 39% are not oppose or unsure.  I'll note again:  See piece by CNN terrorism expert Peter Bergen that declares in headline: "ISIS Threat to U.S. Mostly Hype."

Richard Engel of NBC tweets:  "#Obama pledges no boots on the ground in #ISIS fight.. but moderate #Syrian opposition, at this stage, doesn't exist http://on.msnbc.com/1ojZrdU"

Plus he says Maliki and Iraqi leaders still slow to really change leadership yet want U.S. support.  (He does vastly understate what U.S. has spent there, claiming "tens of billions" rather than one trillion and more to come.)  Engel adds that he has "no idea who" Obama is talking about when he refers to moderate rebels.   And really questions where this rebel army will come from who will take fight to ISIS as we bomb.

NYT top story today says Obama will need a three-year effort to smash ISIS, although how anyone can put any kind of date on it is beyond me.  Obama to make case to nation on Wednesday.  Perhaps this will be the new "Friedman Unit"--but this time a three-year, not a six-month, chunk.

Brian Stelter at CNN wondering if the media is promoting "panic" on ISIS and pushing us to war.  Hawks dominating discourse.   He interviewed me a couple times a few years back for NYT on the media and Iraq.

And James Risen (see below) just tweeted: "What is the point of this new war again?"  With link to this piece by CNN terrorism expert Peter Bergen that declares in headline: "ISIS Threat to U.S. Mostly Hype."

Jay Rosen hits shallow Frank Bruni column at NYT.  But larger point: Why does Bruni even have a regular column? Brings no special experience or knowledge or writing flare?  Zero.

Earlier: As you know, McClatchy reporters (then with Knight Ridder) were among the few that seriously questioned to Bush evidence on WMD and Saddam.  Now one of them, Jonathan Landay, and another stellar longtimer there, Hannah Allam, warn that Obama's plans to combat ISIS revealed today promises many years of military and other U.S. involvement. "Even limited success for this new effort, analysts say, hinges on an unenviable to-do list for the Obama administration: foster cozier relations with Iran, gamble on the so-called 'moderate' Syrian rebels, strong-arm Iraq’s Shiite Muslim leaders into power-sharing with the Sunni Muslim minority, and persuade Sunni-ruled nations in the Persian Gulf region not to undermine the whole effort by striking out on their own."

James Risen (above left) the heralded investigative reporter--possibly heading to prison thanks to the Obama anti-leak offensive--recently joined Twitter, just in time to raise necessary questions on his feed about the current media push for war, of some kind, against ISIS.  He says it reminds him of the run-up to the Iraq war in certain ways (and for more of that, see my timely-again book on Iraq and the media).  I've been raising questions myself for weeks.   Here are some of his tweets from the past few days at @JamesRisen:


The fact that U.S. intelligence assesses that ISIS poses no current threat to the US is repeatedly ignored by politicians and the media.

War fever in America always seems to develop in pretty much the same way. Over and over again.

For American hawks, the dateline is always MUNICH, September 30th, 1938 --

After 13 years of GWOT, you would think the fact that Islamist groups debate near enemy/far enemy would at least be discussed here.

America marched blindly into Baghdad. And now seems intent on a rerun.