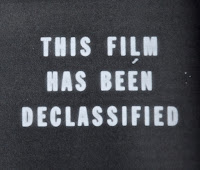 While I've been posting mainly short pieces here related to my new book, The Beginning or the End:  How Hollywood--and America--Learned to Stop Worrying and Love the Bomb,  I have also finished writing and directing my first film.  It is based on a previous (and related) book, Atomic Cover-up, and you can now view four brief excerpts below.   Or you can watch recent C-SPAN interview with me here.

The new film reveals the suppression of sensational, and vitally important, film footage, starting in 1946.  Top U.S. officials and the military buried the only color footage shot in Hiroshima and Nagasaki after the bombings--by an elite U.S. Army film team--as well as the most historic B&W footage shot by the top Japanese newsreel crew.   I first uncovered this many years ago.   Directing a film about it, using the long-hidden images and the haunting first-person accounts of the men, Japanese and American, who shot the footage, has now been realized in a unique and powerful yet (I believe) artful way.  I wrote an article detailing all this, just published. For more info, you can contact me at:  gregmitch34 (at)   gmail (dot) com.

Here are the four clips.  The first  one features the leader of the American film team and some of that color footage from Hiroshima.  The second reveals how the Japanese footage was seized by the U.S.--but then they hid a print in a ceiling for six years.  Then a second American film-maker visits doctors and nurses responding to the post-bomb disaster, echoed today in the Covid-19 crisis.  In the final clip he attempts to get the footage, still classified top secret, released, for three decades, approaching everyone from Edward R. Murrow to former President Harry S. Truman himself.  And again: my new book reveals the same sort of suppression in the story of how the Truman White House and military ordered MGM to make key cuts and revisions in the first drama about the bombings to defend the use of the weapons against Japan--and build more of them...order here or elsewhere....