Hersey's "Hiroshima" and the Aftermath 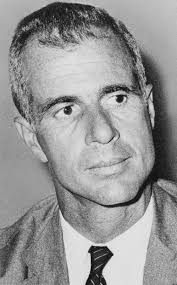 My new book The Beginning or the End: How Hollywood--and America--Learned to Stop Worrying and Love the Bomb) does not focus on John Hersey's epochal "Hiroshima" article in The New Yorker in August 1946 but it does play a major supporting role.   The piece, later a classic book, was published in the same period that Truman and the military were sabotaging the MGM atomic bomb movie--the main focus of the book--and it was another challenge, for a time, to that narrative of justification.

Three major excerpts from the book related to Hersey have been published this month, and here are the convenient links:

At Lit Hub, how the story came to be and the immediate highly positive response, which imperiled the official narrative justifying the killing of 200,000 civilians.

At Mother Jones, how Truman and his allies plotted to counter it via a cover story in another famous magazine, Harper's, and largely succeeded.

Now at the Daily Beast we find a legendary editor of The New Yorker pleading with the White House to get Truman to read, or at least look at, the article, two months later.  We still don't know if he ever did.

Also, spoiler alert--the book ends with Hersey reading an excerpt from his article at the LBJ White House--as an anti-Vietnam protest and warning about future wars and other nuclear holocausts.
Posted by Greg Mitchell at 9:44:00 AM