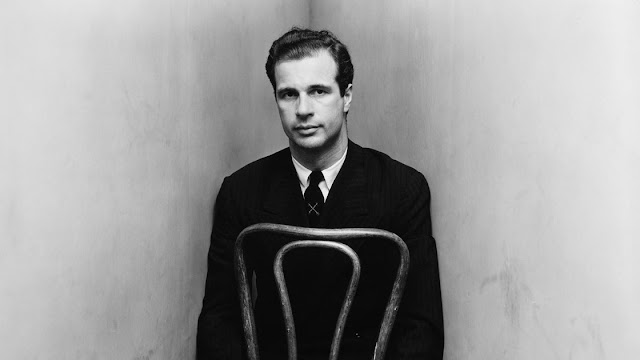 As I posted over the weekend,  every year at this time I trace the final days leading up to the first (and so far only) use of the atomic bomb against cities, Hiroshima and Nagasaki, in August 1945.   In this way the fateful, and in my view, tragic, decisions made by President Truman and his advisers, and the actions of scientists in Los Alamos and others, can be judged more clearly in "real time."

As some know, this is a subject that I have studied and written about in hundreds of articles, thousands of posts,  and in three books, since my month-long reporting trip to the two cities in 1984, two trips to the Truman Library, plus mountains of other research.  Now this year I've directed an award-winning documentary.

We'll start that countdown in earnest on Thursday.   For now, briefly, on this date in 1945:  The atomic "gadget" (as it was called by the scientists) was being prepped for its first explosive test on July 16 at the Trinity site in the New Mexico desert. The day before,  the plutonium core was taken to the test area in an army sedan.  The non-nuclear components left for the test site on the 13th and final assembly was started at what was known as  the McDonald ranch house.  While this was going on, the Japanese were trying new approaches to possibly negotiate an end to the war (we will learn more about this later).

But today, let's take a special look at the genesis of what would become the most important record of the effects of another "gadget" that would explode over a large city.

John Hersey’s article titled simply “Hiroshima,” which comprised the entire feature space in the August 31, 1946, issue of The New Yorker, has been called by many the greatest, or at least the most important, journalistic achievement of the past century. Its life was extended when it was soon published as a best-selling book that remains a classic today.

Correspondent and novelist John Hersey, at the age of 31, had already won a Pulitzer Prize for A Bell for Adano. Several months after the first atomic bomb was dropped over Hiroshima in August 1945, he had mentioned writing something about it to his New Yorker editor, William Shawn. Hersey, who was born in China to Protestant missionaries and covered the Pacific war for Henry Luce and Time-Life, imagined an article documenting the power of the new bomb and the destruction it caused to one city. Ultimately he decided he would focus on what happened not to buildings but to humans. He just needed to find a form to tell the story.

Shawn was enthusiastic and urged him not to rush since, months after the epochal events, “No one has even touched” the subject. This was, sadly, true. And the first Hollywood drama about the bomb, from MGM, was in the process of being transformed from an urgent warning by atomic scientists to pro-bomb propaganda under pressure from the military and White House.

On the way to the Far East, Hersey had read Thornton Wilder’s novel The Bridge of San Luis Rey, which explored an 18th century disaster in Peru through the eyes of a handful of victims. Hersey sensed this might be the best way to personalize the far more vast and deadly Hiroshima story. Arriving in Hiroshima in May 1946, he interviewed several dozen survivors, before settling on six who told powerful stories but were not exactly representative of the city as a whole: two doctors, one Catholic priest and one Methodist minister, and two working women. (It might also be said that they were not typical because these six had survived.) Their movements in the shattered city occasionally crossed, one of the novelistic requirements the author had set.

Conducting the interviews and research, with a translator at his side, Hersey was “terrified all the time,” he later explained. Hersey had seen the devastation of war many times before, most recently in China and Tokyo, but Hiroshima was different: These ruins had been created by one weapon in one instant, a terrifying notion. If Hersey felt that in the city nine months later, how must the people who were there at the time experienced it? So he set out to struggle to understand.

When a new issue of The New Yorker arrived at the very end of August, the cover featured a generic picnic scene, with people sunbathing, hiking, riding horses. The first few pages held the usual ads for nylons and women’s clothing from Lord & Taylor or Bergdorf Goodman. But there was something unique about this issue: there was no “Talk of the Town,” few cartoons, no book reviews. The entire issue was devoted to one feature, 68 pages long (some thirty thousand words), written by war correspondent and novelist John Hersey. His temporary titles for the piece, “Events at Hiroshima” or “Some Experiences at Hiroshima,” had fallen away in favor of the simple and powerful: “Hiroshima.”

In a note to readers, the editors explained that they had taken this extraordinary step based on the conviction that most people still did not recognize the profoundly different power of this weapon—“the almost total obliteration of a city”—and now “might well take time to consider the terrible implications of its use.” Hersey’s first sentence set the scene like none other to date: “At exactly fifteen minutes past eight in the morning, on August 6, 1945, Japanese time, at the moment when the atomic bomb flashed above Hiroshima, Miss Toshiko Sasaki, a clerk in the personnel department of the East Asia Tin Works, had just sat down at her place in the plant office and was turning her head to speak to the girl at the next desk.” Clearly he was going to go far beyond, in both style and content, the wrenching first-person report from the Jesuit pastor John Siemes earlier in the year.

When Hersey submitted the article as a four-part series, William Shawn, who edited it, proposed running it in one issue for maximum impact. Mission accomplished. The article caused an immediate sensation.  (Part II tomorrow.)