My "Countdown to Hiroshima" Begins Again 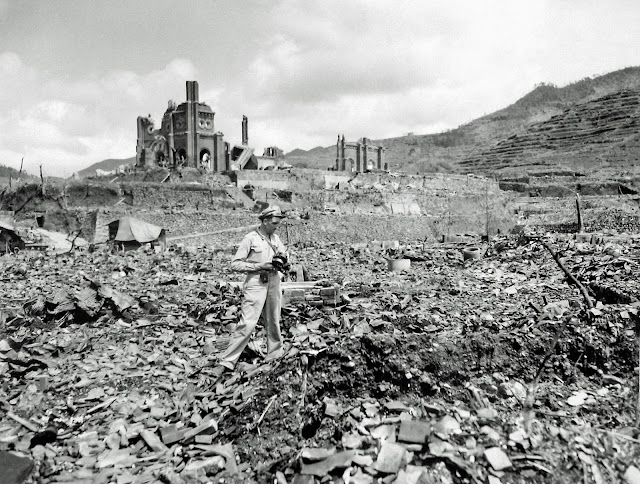 Every year at this time, I trace the final days leading up to the first (and so far only) use of the atomic bomb against cities, Hiroshima and Nagasaki,  in August 1945.   In this way the fateful, and in my view, very tragic, decisions made by President Truman and his advisers, and the actions of scientists in Los Alamos and others, can be judged more clearly in "real time."

As some know, this is a subject that I have studied and written about in hundreds of articles, thousands of posts,  and in three books, since my month-long reporting trip to the two cities in 1984, two trips to the Truman Library, plus mountains of other research.  Now this year I've directed an award-winning documentary (see excerpt below and links).  Most of my work has focused on the aftermath of the bombings, and the government and media suppression of evidence in the decades after.

Almost every day here in the coming month I will offer a relatively brief account of the events of that same day in 1945, along with occasional wider-range reports.   My motivation, as always, is that 77 years after the bombing of two cities, which killed over 200,000--overwhelmingly civilians--public and media opinion in America continues to support the dropping of the two new weapons and the highly debatable claim that this and only this could have ended the war in that period.

Even the 2020/75th anniversary sparked no major critical re-assessments here.  Reaching the widest audience was Chris Wallace's very popular pro-bombing book and Fox special; and then 2021's year, Malcolm Gladwell  bestseller The Bomber Mafia.  And so on.

Why does this matter today?  It only bolsters the United States' official "first-use" policy, which is still in effect, though there are  new efforts to encourage President Biden to rescind it.  This enables any president (not just a madman like Trump) to order a nuclear "first-strike" in response to a conventional attack--or even just a serious threat--by any enemy abroad.  The cliche is,  We must never use these horrible weapons, but the reality is that most influential Americans make two exceptions, which can only allow, even encourage, future use.   Historians, of course, are more divided.

Or consider my books:  Hiroshima  in America: 50 Years of Denial (with Robert Jay Lifton);  last year's The Beginning or the End, the name of the first Hollywood movie on the bomb in 1947 which Truman and the Pentagon sabotaged,  and Atomic Cover-up, on the burying by the U.S. of the key footage of the aftermath of the atomic bombings for decades.  That is also the name of my award-winning 2021 film, read more here, and excerpt below.  And see you back here in another day or two.  (Photo at top from Getty.)