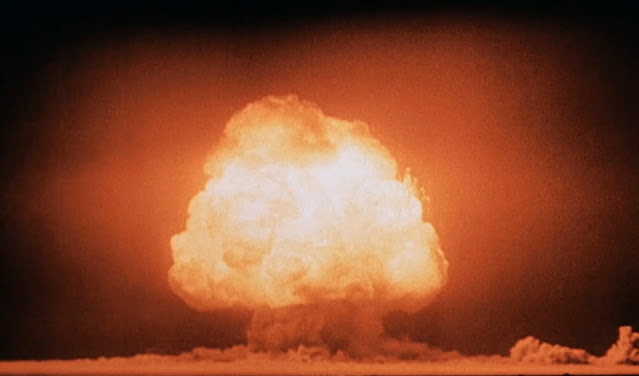 Every year at this time I trace the final days leading to the first use of the atomic bomb against two cities, Hiroshima and Nagasaki, in August 1945.   In this way the fateful, and in my view, tragic decisions made by President Truman, his advisers, and others, can be judged more clearly in "real time."  As some know, this is a subject that I have explored in hundreds of articles, thousands of posts,  and in three books, since 1984:  Hiroshima in America (with Robert Jay Lifton), Atomic Cover-up and last year's Hollywood epic, The Beginning or the End.   Now I've directed an award-winning documentary. Here's today's entry:

While most people trace the dawn of the nuclear era to August 6, 1945, and the dropping of the atomic bomb over the center of Hiroshima, it really began three weeks earlier, in the desert near Alamogordo, New Mexico, with the top-secret Trinity test. Its 76rd anniversary will be marked—or mourned today.

Entire books have been written about the test, so I’ll just touch on one key issue here briefly.  It’s related to a hallmark of the age that would follow: a new government obsession with secrecy, which soon spread from the nuclear program to all military and foreign affairs in the cold war era.

When some of the truth about radiation started to surface in the U.S. media, a full-scale official effort to downplay the Japanese death toll—and defend the decision to use the bomb—really accelerated, leading to an effective decades-long “Hiroshima narrative.” But that’s a story for  another day here.