Leonard Cohen: Still the Man, at 82 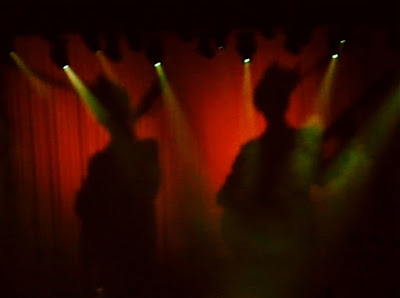 Leonard Cohen, my perennial candidate for the Nobel Prize for Literature, turned 82 last week, and he has a new album coming out in a couple of weeks.   I had reported that here last month and even posted part of the title song.  I'd seen Leonard twice on his recent world tours, as recently as a couple of years ago, and he seem healthy and spry, even skipping on and off stage every night--he was doing shows of almost Springsteenian length--and joking (?) about taking up cigarettes again when he turned 80.  (My photo left from Radio City Music Hall.) He stopped touring a little after that but that's no red flag these days, especially given his age, and when I saw he had a new record in the pipeline I figured he was still feeling quite well.

Wrong.  This lengthy piece in McLean's from his native Canada finds him in pain from severe back problems and unidentified other issues--an "ailing old man"--talk of this being his last album, and other words of gloom.  It seems that he worked on the album for a year and had to give it up due to his health, but his son, Adam, found a chair he could sit in to record the vocals, which apparently turned out great.  There's so much more in the article I won't summarize here, just go read it, and it sounds like the new album might be great.


“There were only a few hours a day that we could work. I was dealing with an ailing old man, but an ailing old man who was showing paranormal levels of devotion and focus, and that rubbed off on everybody. The encounters were urgent and sweet and meaningful. It was as if we were riding some kind of mysterious wind.” When he asked his father how he was managing to deliver “the most compelling vocals he’d ever produced, the answer was his condition.” As Leonard sang through the pain, “his immobilized condition led to a giant decrease in distraction. Through monastic training, or something, he had the resources to deal with this acute physical discomfort.”

Thanks for taking the time to discuss this, I feel strongly about it and love learning more on this topic. Eminem net worth 2020: Eminem is a multi-platinum selling American rapper, producer and actor who has a net worth of $230 million. He is consistently one of the highest-paid entertainers in the world.