Ten Best (That I Managed to Hear)

I'm with those who say that everyone's "Ten Best" music or movie lists should include the qualifier "....that I heard or watched." By January I can always do a pretty good movie list because I do see a high number of the better films but with music--once my niche--I am hopelessly on the fringe. So in that spirit I will merely do "ten greatest songs--not necessarily new--that I was first exposed to this year." Here they are, and all can be found at YouTube or Spotify or wherever fine streams are sold or given away.  I will add links soon.  In no order: 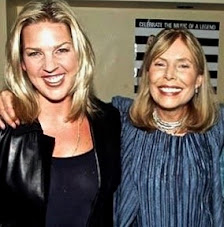 1. "A Case of You," Diana Krall--the live in Paris version, please, stellar version of Joni and one of best songs of our era. I still say it's mainly about Leonard, but for even more re: Mr. Cohen see equally great  "Rainy Night House."  Or for Herr Beethoven for his 250th birthday, "Judgment of the Moon and Stars."
1A.  "Coyote," which emerged again this year in the Rolling Thunder doc, as Joni blows mind of Dylan, McGuinn and Lightfoot singing it live at Gordo's home in Toronto after a gig.
2. "Overseas"--new this year from our best current songwriter, Jason Isbell, but a couple other candidates on same album as well.  His "Yvette" still one of the great songs of this century.
3. "Look at Miss Ohio": from years ago, which I somehow missed though an early fan of Gillian Welch and Dave Rawlings.  The pair just came out with about 40 new sides of old songs not recorded until now.  And I'd highly recommend their previous one with alt-takes and outtakes from their classic debut album.
4. "Save Yourself": another oldie from still-youngish Sharon Van Etten, whose longtime singing partner always meshes with her voice like a sister might. "Know you're balding still / you're older than you feel." Ouch!  Check out her live version of "Seventeen" with Norah Jones also.
5. "Song for Sam Cooke" by Dion, new, and about one of my all-time favorite singers and writers, It's, autobiographical, and Dion's fellow olde doo-wopper Paul Simon joins in, and a little "Chain Gang" to boot. Also look for Sam later this month in what should be great new drama "One Night in Miami" directed by Regina King.
6. "Burnin' Train": My "up" new song of year, sexy, and Bruce's best rocker in quite some time--would fit on "Born to Run" without that album missing a beat. Couple other candidates on same album, too but not, oddly, the three songs from 1972 that I was among the few to hear way back then.   Last year Bruce's "Stones" made my top ten.  (While we're at it, here's my post on meeting Bruce in 1972--in Sing Sing Prison and years after etc.)
7. "Heiliger Dankgesang"--one of Beethoven's greatest moment or movements, live by the Danish String Quartet (a great version on You Tube)--we caught them in what many considered the concert series of the year in NYC but not for their rendering of this high peak.
8. "Percy's Song": I've long known this Dylan song from the early '60s--though never on a proper album--but finally came upon the amazing Sandy Denny version with Fairport. New appreciation for her as one of the best singers of our time. Also: check out her Joni cover, "I Don't Know Where I Stand."
9. "Strangers" by Norah Jones--this is the 50th anniversary of the Kinks' "Lola" album and while I was a Ray Davies fan boy (and interviewed him twice) his brother Dave for the same album came up with a tuneful classic beloved by many, especially Wes Anderson.
10. "Why Not Your Baby": Flop single from the great Gene Clark in late 1960s included on a re-issue of the 2nd and last Dillard & Clark album. Arranged by Leon Russell no less. This led me to a fetching if obscure version by a Baltic band via YouTube.  Also from Gene:  New package for his his classic No Other album with alt versions.  "Strength of Strings" still in league of its own.  Also caught up with his fine if obscure live album with Carla Olson.
Bubbling under:  Dylan's "I've Made Up My Mind To Give Myself to You."
Posted by Greg Mitchell at 8:24:00 PM