Turn up the volumes: You can find most of my books, or at least the ones written over the past twenty years, over on the right rail and listed below, for your perusing, ordering,  gifting and reading pleasure.  Simply click on the covers or links for full details.   Nearly all of the books are published in both print and e-book editions.  Some are new editions of books originally published by Random House, Putnam, Simon & Schuster, HarperCollins and so on.  The e-books, priced at $3.99 tops, are available for all Kindles, phones, iPads, Amazon Cloud,  PCs, more.

Here are links to the books, often including excerpts or video. Click on Pressing Issues logo (above) to take you to the main blog. 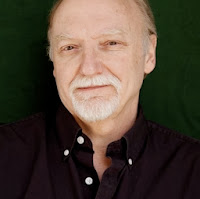 NEW e-book When Hollywood Turned Left (amazing story of when the movie colony took its first "all-out plunge into politics," in 1934, with incredible results)

NEW e-book August 2013:  Vonnegut and Me: Close Encounters of the Weird Kind

The Campaign of the Century: Upton Sinclair's Race for Governor of California (originally published by Random House, now in new edition)

So Wrong for So Long: How the Press, the Pundits--and the President--Failed on Irag (originally published by Sterling, new edition, March 2013).

Hiroshima in America, with Robert Jay Lifton (published by Putnam)

Hollywood Bomb:  Harry S. Truman and the Unmaking of 'The Most Important' Movie Ever Made
Who Owns Death, with Robert Jay Lifton (published by HarperCollins)

Joy in Mudville (published by Pocket)

Truth and Consequences (The U.S. vs. Bradley Manning) with Kevin Gosztola.

The Age of WikiLeaks

40 Days That Shook the World (the Occupy movement)
***

This is the author's mini-bio I've been using lately.

Greg Mitchell writes for The Nation daily on media and politics and his long-running Pressing Issues blog has also gained a wide audience.   He was the editor of Editor & Publisher magazine in New York from 2002 to 2009 and won more than a dozen national awards during that period.  He is co-producer of the acclaimed new documentary, Following the Ninth.

Mitchell is the author of more than a dozen books, including The Campaign of the Century (winner of the Goldsmith Book Prize and one of five finalists for the Los Angeles Times Book Prize), on Upton Sinclair’s race for governor of California in 1934 and the birth of modern media politics;  Atomic Cover-Up;  Tricky Dick and the Pink Lady (on the infamous Nixon-Douglas race in 1950);  and with Robert Jay Lifton, Hiroshima in America and Who Owns Death?  His  book on Bush, the media and Iraq, So Wrong for So Long, featured a preface by Bruce Springsteen.  His memoir Joy in Mudville was optioned by Tom Hanks for Universal. He is also the author of two recent e-books:  Hollywood Bomb and Vonnegut and Me.

Other books or e-books written by Mitchell have appeared in the past three years includes: Journeys With Beethoven;  Tricks, Lies, and Videotape (on Obama-Romney race for president), The Age of  WikiLeaks, and Truth and Consequences: The U.S. vs. Bradley Manning.

Before Editor & Publisher, Mitchell served as the editor of Nuclear Times magazine for four years, and he was executive editor at the legendary Crawdaddy for most of the 1970s, interviewing some of the leading musicians and writers of that era.  Hundreds of his articles have appeared in leading magazines and newspapers (he has written for nearly every major section of The New York Times) and he has served as chief adviser for three acclaimed  documentaries, on the atomic bomb,   The Great Depression, and Beethoven. Mitchell, who lives in the New York City area, is a frequent guest on national television and radio programs.  His Twitter feed, with more than 26,000 followers,  is @GregMitch and email:   epic1934@aol.com.